Proudly Made in the USA

Get it as soon as if you choose Standard Shipping at checkout.

Proudly Made in the USA

Add 3 items to cart to enjoy the discount.

Get rid of all those nasty foul smells inside your home with Angry Orange Pet Odor Eliminator.

Pets are the most adorable, but they can also leave some nasty odors behind.

Angry Orange doesn’t just mask the bad smells away, it completely neutralizes them, thanks to the powerful ingredients that attack and eliminates airborne, fabric & hard surface odors. The best part is orange oil is a natural disinfectant! Freshen and eliminate all at the same time.

All that’s left behind is a fresh, citrusy scent that will envelop your senses!

Thank you for submitting a review!

Your input is very much appreciated. Share it with your friends so they can enjoy it too!

Wow Amazing the Smell was Amazing

Great product. Everything they say it will do and more. I love the fast action and the strong orange smell. I love to walk in my house to this amazing scent.

This has been the only product to actually work on hardwood floors! It's also a long lasting air odor neutralizer.

Worked right from the get go. Bought some for a friend.

United States
I recommend this product
This stuff really works!

I have three dogs so my house often smells like a kennel and urine. One of our dogs likes to 'mark' his territory, which happens to usually be on a piece of furniture, then the other dog has to come and 'mark' over the other dogs ***. This leaves my furniture and house reeking of urine. Angry Orange is the only product that totally eliminates the smell. The ONLY products! Its amazing! 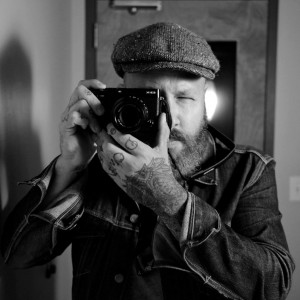 Although it doesn’t seem to completely remove the odor of ground in cat urine, it does do a great job of cleaning it up, and freshening up the cat box. It creates a very pleasing scent that I use all over the house!

United States
I recommend this product
My thouhts

Amazing!!! I have three cats and you can't tell I have cats . Thank you ,

United States
I recommend this product
I've tried everything

I have 4 dogs and 7 cats. One of the dogs for some reason began urinating on the living room carpet as well as the tv stand and curtains. I tried several different products claim that it would break down the pheromones, but none of them worked. One of my cats began urinating on the carpet, which I found out later she had a UTI but her damage was already done. I bought the concentrate and mixed it per the instructions on the bottle, sprayed it on the carpet and lightly rubbed it into the carpet with a hand towel. All I can say is WOW!!! No more smell!! If you've tried everything on the market and none of it has worked, try Angry Orange, you will be pleasantly surprised!!

United States
I recommend this product
I would buy it again!

United States
I recommend this product
The BEST odor remover!

I used a capful in my washing machine to clean clothes that my naughty kitty peed on. Cat urine smell is completely gone. I even use it when washing my teenage son's sheets. Everything came out fresh smelling and clean. I use the air freshener to keep the house fresh smelling. Can’t say enough good things!!